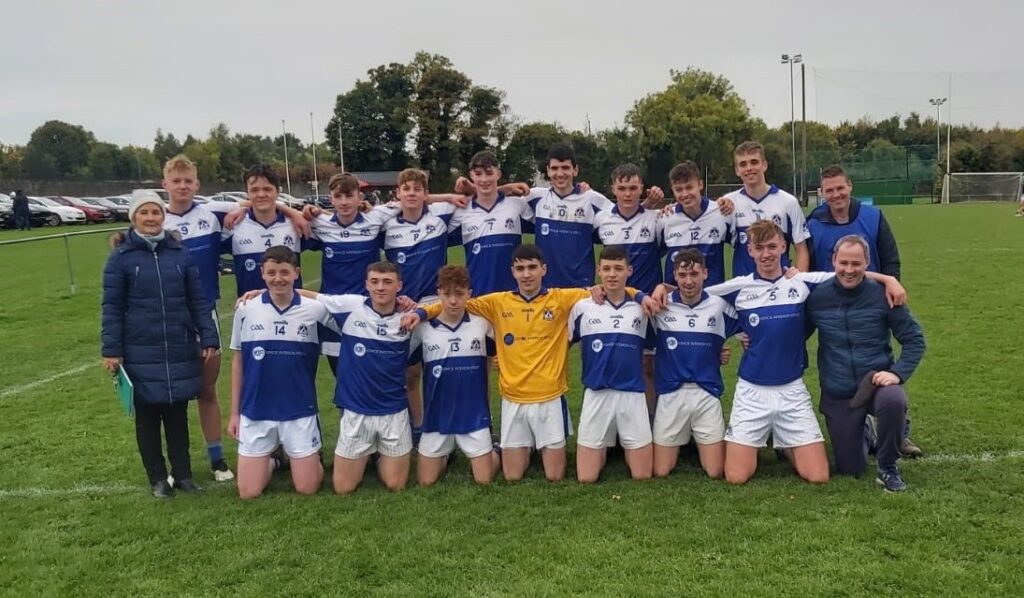 It was a Super Sunday for Kevin’s as we get closer to the business end of the season. In fairness Saturday wasn’t too bad either. But before we get to the week-end a big congratulations goes out to Tom Murtagh from the Under 9 hurling squad. Tom was crowned Chess Champion in Francis Street school during the week and is the first boy from 3rd class to win the award.

It was another busy morning as Go Games hurling teams trained and the Kevins Heroes and Donore Credit Union ABC Nursery took place in Loreto. Thanks to our recent fund raising efforts and a donation from Tony the Butcher in Leonard’s Corner we had a new sound system at the nursery.

We had 2 Kevin’s Under 11 camogie teams playing their final Go Games blitz of the year in Loreto on Saturday. They had 4 exciting games v Naomh Mearnóg, who provided strong opposition in all games. We are very proud how the under 11 girls played all year and how they have developed as a team. It was great to watch them  progress in training and showcase their skills in games throughout the season. Training continues until the end of the year while they prepare for the November Cup.

We had a great turn out of 15 girls for the U12 Go Game vs St Maur’s on Saturday.  The game itself was spoiled by the wind. In the first half they camped in our area of the field and scored 1-4. They had a lot of strong players and good runners and well as good passing and wind in their favour and we struggled to contain all the pressure a little.  In the second half we upped the tempo and camped literally in front of their goal. Their keeper blocked our shots with her hurley, legs and two great rebounds shots with her feet and we had a few unnecessary wide’s. We managed to score 1-2 so a small loss in this game. Very positive attitude from everyone playing yesterday afterwards even to this outcome.

Our championship squads were all travelling to north county Dublin for their fixtures. Our Under 16 hurlers lost narrowly to Skerries Harps in their championship tie on a scoreline of 4-10 to 2-11 and our Under 15 Camogie team were beaten in the semi-finals of their championship in St Maur’s.  However, our Under 14 hurlers reached their Shield final in an exciting tussle with Tyrellstown winning on a score line of 7-5 to 3-9. this team is managed by Conor Byrne who is doing great work with this squad, a notable achievement considering he also an adult dual player himself and is the clubs referee coordinator. the Under 14s face Kilmacud Crokes in the Shield final and we await details of that fixture. Some pictures are available from the oppositions Instagram page here.

Sunday’s results were very good. The morning started with the Under 9 Camogie Ninja’s last Go Games fixture of 2022 and a trip to Commercials in Rathcoole. There was super work from all the girls across 2 tough games., but the skills and confidence on show from these girls was brilliant to watch.

But then it was back to critical league games and championship knock-out … Our Under 15 hurlers received a walkover against Fingallians on Sunday morning. This means they are sitting in 2nd position with 1 game left against St Finians of Swords who are 2 points ahead of them. This game is fixed for the 6th November in River Valley and a big support for this league play off would be appreciated. Check out the league standings here.

Our Under 17 hurlers were out against Commercials. They’ve had a tough run in the championship so confidence wasn’t high, especially seeing as they were playing such strong opposition away. Club President Philomena Crampton was on hand to give the lads some words of motivation before the game. Playing up the hill in the 1st half the Kevins boys went into the break 1 point down. Well worked scores by Adam Jordan, James Cox , Joesph McGrath, Mark Doyle, Christopher Tuite and Tom Crampton kept us in the game on a scoreline of 0-8 to 0-9. The Kevin’s boys picked up the work rate in the 2nd half. Aodhan McGrath was steady between the sticks, while the full back line acted as the teams fulcrum with Cirain Scott and Oisin Cummins-Weiss in the corners and Patrick Twomey in the middle. Karl Grogan at centre back added to the defensive spine. Moving Tom Crampton from midfield to wing forward paid off, as he scored 1-4 from play and tagged on another 1-3 from placed balls. James McCann came off the bench for Dylan O’Boyle (who was unlucky for a goal) and had a major impact on the game scoring 2 goals. Overall it was a great team performance with everyone working extremely hard on and off the ball throughout the game. We are not sure what Club President said, but the 6-12 to 1-18 victory would suggest that a bit of old school fire and brimstone was unleashed. While the league shows them in 3rd position, we understand that the head to head result versus Commercials and Naomh Barrog places us in 1st place. However, Naomh Barrog have 1 game in hand against Skerries Harps and with their current form in the championship they should be favorites to win. You can check out the league standings here.

The Under 13 championship semi-final tie versus O’ Dwyer’s had the benefit of really nice weather. This game was fixed for Dolphin Park and we had a great crowd of supporters today. The girls worked very hard from the throw in and their commitment in effort, tackling and following requests regarding their individual jobs on the field was perfect.   By half time we had a nice lead and we got a few more scores just after half time to help put it out of reach of the opposition. In the end it was 10-6 to 1-6. So the good news is we make the final in 2 weeks’ time against St. Jude’s who beat Raheny in the other semi-final today.

Don’t forget about our Award 1 Coaching Course this week and our Stand Up For Kevins Comedy Night in Lowes which is in November! Tickets are selling fast.

If you have a match report, or Kevin’s related story you can email pro.kevins.dublin@gaa.ie! Monday night’s lotto jackpot will be €3,500! You can play online up to 7pm tonight using the secure Clubforce link by clicking here. All funds raised go towards the running of our many club teams and activities.

Check out some of the photos from the weekend… 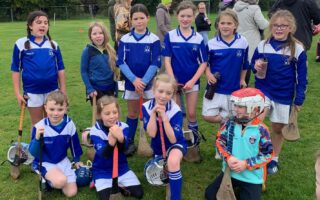 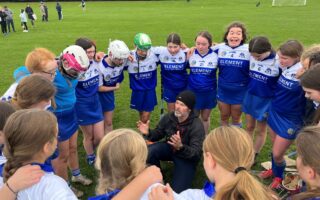 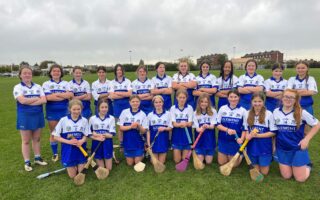 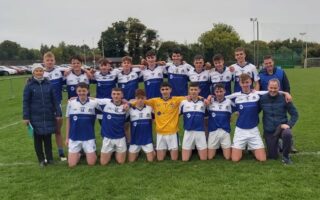