Reaping the Rewards on the Hurling Field 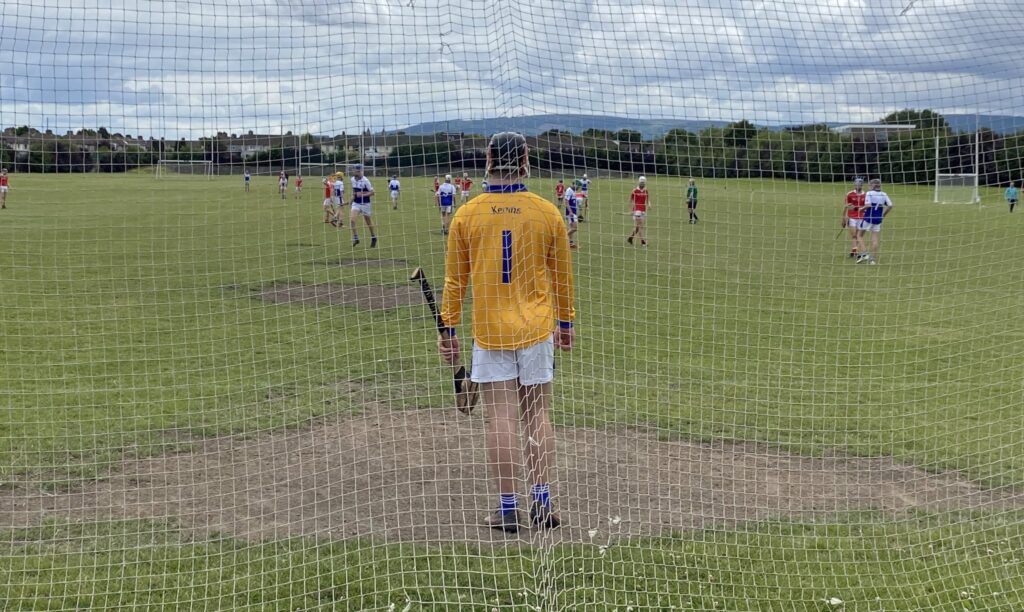 It’s a little over 10 years since life long member and senior hurler Paul Crampton took over the ABC Nursery. Paul was nearing the end of his hurling career and his eldest son Tom was starting his. Claire Graham was leading the ABC Nursery at the time with Rosarii Kelly and were quick to promote him. It wasn’t long after that, that club GPO Paul McManus encouraged the executive committee to draw up a club strategy. Soon after, clear ambitions were agreed and the structures were put in place to grow the club. As Paul Crampton’s kids grew older, the ABC Nursery reigns were handed over. Rosarii Kelly who is now in Australia has played a huge part in the running of the ABC Nursery over the years. Stephen McCarron, Marcus O’Doherty and Eoghan Doogan got involved as parents and are now involved in older teams. Stephen is now one of the many mentors running the two under 12 hurling teams and Marcus is heavily involved with the under 12 and 13 camogie squads as well as Rounders.  These are just some of the many parents who have contributed over the years.

It was amazing to see all that hard work from over 10 years ago come together, starting on Thursday night with the Under 19s hurlers who beat Castleknock 3-14 to 2-12. on that team were two brothers and a cousin from the famed O’Mahony family from Donore Avenue. This places Kevins joint second with Clan na Gael and Kilmacud Crokes and one point behind league leaders O’Dwyers who we have a game in hand over. Our next games is against North Wicklow Gaels on 17 July. Check out this link for league tables.

On Friday night the Under 13s hosted Ballyboden Saint Endas in Dolphin Park in their league division 4 tie. The Under 13s have been going well but suffered defeat in their last game against St Kevins-Killians. However, they bounced back with a big performance ending the game with a one goal win 3-6 to 2-6. They sit in third position having already played table toppers. Check out this link for league tables. This team is lead by Bobby Fitzpatrick and Michael Doorley. In his spare time Michael is also a driving force behind the rise in rounders and despite the hurling match, there were still 20 kids up in Loreto College hitting home runs.

Friday nights performance was followed by the Under 14s on Saturday. Another home tie for Kevin’s and another hard fought win, coming from behind to win by one point on a final scoreline of 4-6 to 2-11. Check out this link for league tables. This team is led by the youthful Conor Byrne who keeps himself busy with the adult hurlers and coordinating referees for the club. Their next game is down for 3rd September against St Peregrines in a home tie.

On Sunday morning the Under 15s hosted Commercials in the league. Commercials had put in a strong performance at the recent Feile, and were leading with a few minutes to go. However, a late burst by Kevin’s resulted in 3-1 and the home side won on a scoreline of 7-7 to 5-9. This team is competing in Division 3 and you can check out this link for league tables. Their next game is down for 4th September away to St Peregrines.

In the last hurling game of the week-end Paul Crampton’s charges played St Bridgids at home in a division 3 tie. While they came up short on a scoreline of 3-11 to 1-9, they are still in the running for a top 3 finish. However, they will have to overcome a strong St Olaf’s away in Sandyford on the 13th July. Check out this link for their league table progress.

While our hurling teams were busy, a shout out must also go to Chloe Kearns (under 14) , Meadhbh Hicks (Intermediate) and Emma Young (Intermediate) who were representing Kevins Camogie on the Dublin squads with great success. These girls are also past pupils of the ABC Nursery and can be often found back coaching the young kids. We also held our last Kevin’s Heroes session before the summer break.

The growth of our Juvenile section and teams has been down to a lot of hard work by many people of different backgrounds including former players and parents. The ABC Nursery has grown from strength to strength and it would be impossible to mention all the people who have contributed to the growth of the club. The ABC Nursery is now sponsored by Donore Avenue Credit Union. They are currently on a break, but are due to return in September. We are always on the lookout for assistance whether it be on the pitch on working on other tasks so the coaches can concentrate on coaching. Not every parent who gets involved has a hurling background and some of our best coaches didn’t hurl at a high level or in some cases never hurled at all. If you are interested in helping in some small way, please get in touch with Juvenile chairperson Gabrielle Breathnach.

In social and fund raising news, our Annual Golf Classic is on Friday the 15th July. Teams are booked out, but you can still sponsor a tee box. Also, don’t forget about the after party which is open to all member and supporters in the Lower Deck. This is both a key club fundraiser and a great opportunity to catch up with members (past and present) and friends. Details attached here.

Monday’s jackpot will be €,2000. You can play online up to 7pm using the secure Clubforce link by clicking here. All funds raised go towards the running of our many club activities.