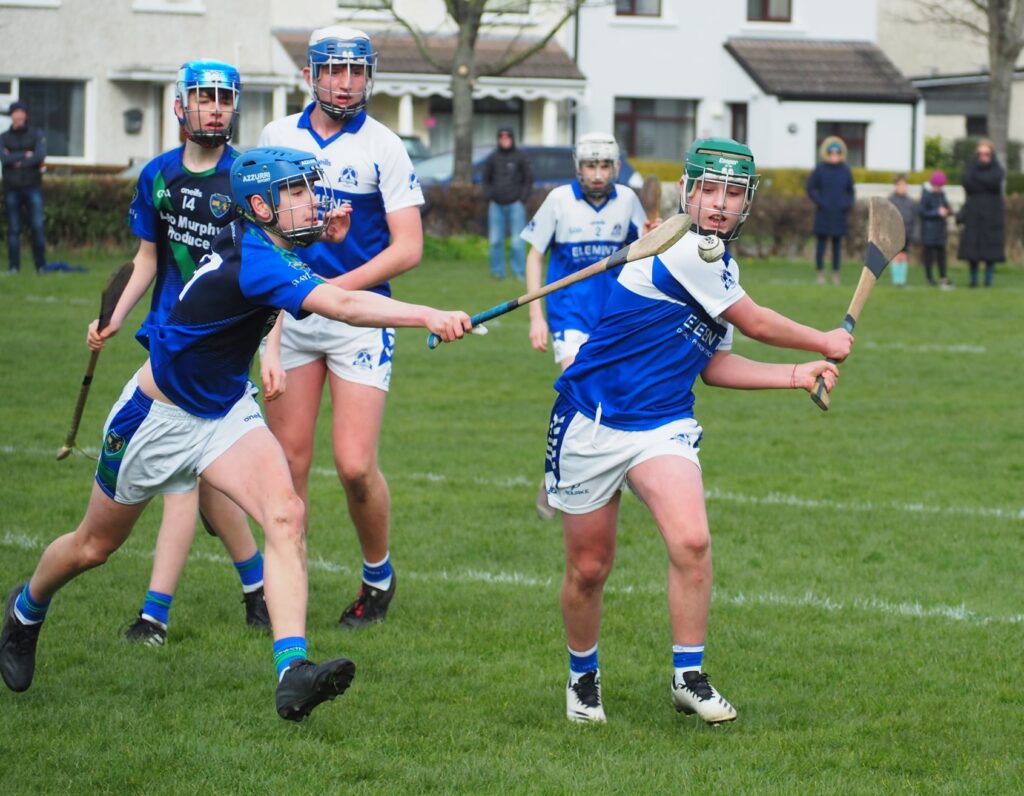 Get your hats , flags and headbands, it’s going to be a busy weekend ahead!

There are some big trips to north county Dublin this Saturday. Our Under 15 Camogs travel to St Maurs to play them in the championship semi-final at 1.30 pm. This game will be played on their Astro pitch and we are expecting a fast paced game.

It’s a bit more local on Sunday… On Sunday morning our under 15s host Fingallians in a league tie. Throw in is at 11.30 in Dolphin Park. A win for the boys will keep them in 2nd position and 2 points behind St Finians of Swords who they must play in their last game. Check out the league standings here.

After lunch our Under 13 camogie squad host O’Dwyers in their championship semi-final at 1.30 pm.

Our Under 17 hurlers are also in action at 1.30 pm. They travel to Commercials for their last league game which is a top of table clash. Kevin’s a currently sitting in 3rd position behind Commercials and Naomh Barrog, but with only 2 points between them. A win for Kevins would leave them on level points, but ahead as a result of head to head games. Check out the league standings here.

Best of luck to everyone involved and it would be great to see the teams get a bit of support.