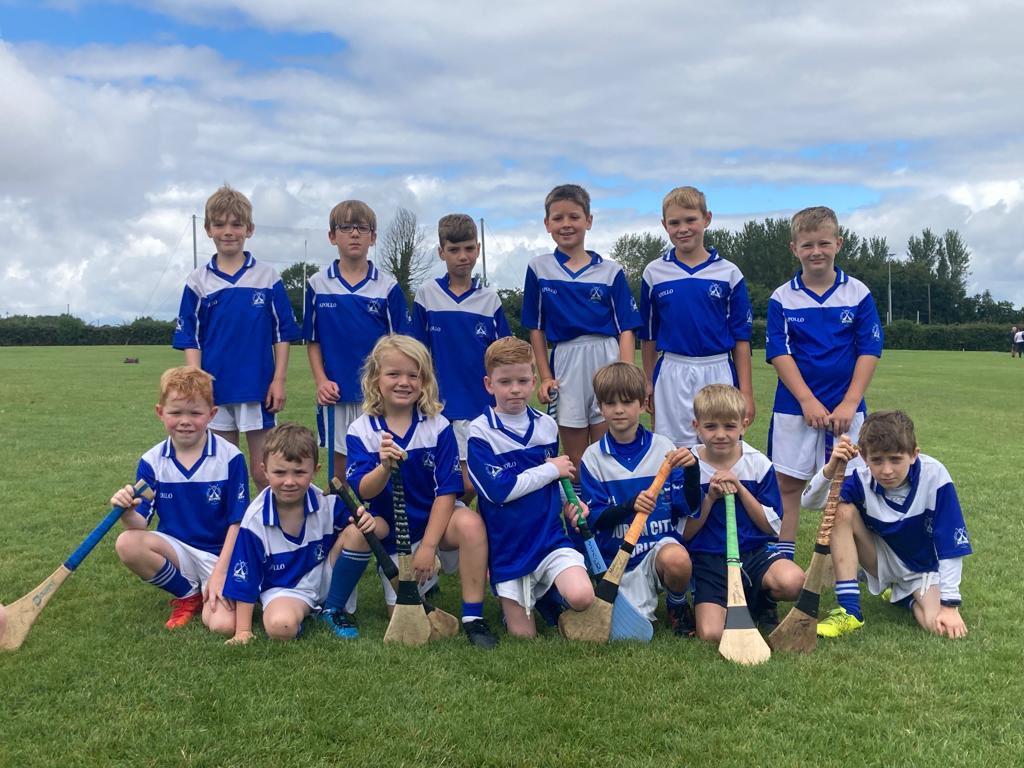 We were delighted to be invited over to Faughs GAA Club for their pitch re-opening and 100 Anniversary of their All-Ireland win. As part of these celebrations Faughs were also commemorating Harry Boland who was killed during the Civil War. While better known for their involvement in the Rathmines and Faughs clubs, Harry (a past pupil of Synge St CBS) and Gerald Boland were involved in establishing the Kevin’s club through their links with the Gaelic League. The first known A.G.M. was held in June 1903 on 28 Wexford Street which was the Boland’s mothers shop.

Kevin’s were invited to play Faughs at half time of the Minor Hurling and Senior Camogie game and there was great excitement as a result. The games themselves were to provide half time entertainment and the boys and girls didn’t disappoint with some cracking skills and passion on display! Not happy with their 15 minutes of fame, the teams decided to play a second half on the back pitch. The girls posed with some hurleys that were styled on the type of hurl that was used over 100 years ago which was of great amusement to them as they looked more like hockey sticks than the modern day hurl.

Some of the Under 9s decided to treat themselves to an Ice-Cream before picking up their hurleys and helping the Under 11s in their game. Abood Al Jumaili (AKA Bonnar Maher) was also at the event and spoke to the under 11 hurlers from both Kevins and Faughs. Not many boys knew where Baghdad or Iraq was, but it was great for them to hear how he came to Ireland as a 12 year old with no English, but still managed to learn the skills of the game. He talked about how the GAA will  provide a great network in their future careers. He also encouraged everyone to stick with sports and emphasized how important it is to get a good balance between hurling and their studies. The boys and girls then enjoyed a quick refreshment break in the Faughs clubhouse and adjourned to the hurling wall for more hurling. We would like to thank Faughs for their invite and for the first class hospitality and we will no doubt see them again on the pitch.

Dubs TV also turned up and some of the days action was captured. Check out this Twitter link. You can also check the Faughs website link for some photos. Some pictures from the day are included below. 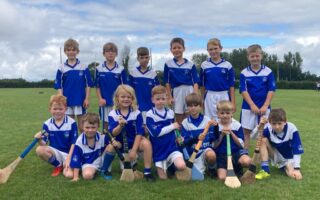 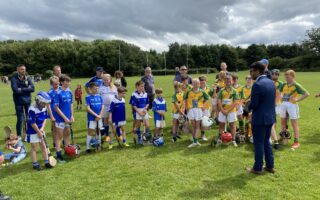 Bonnar Addresses The Under 11 s 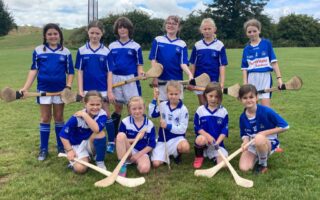 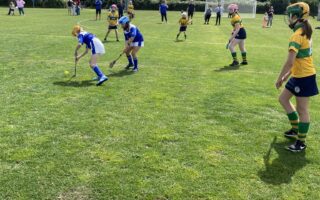 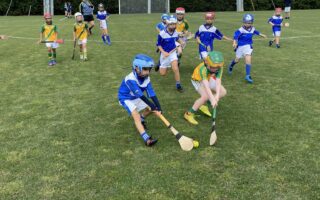