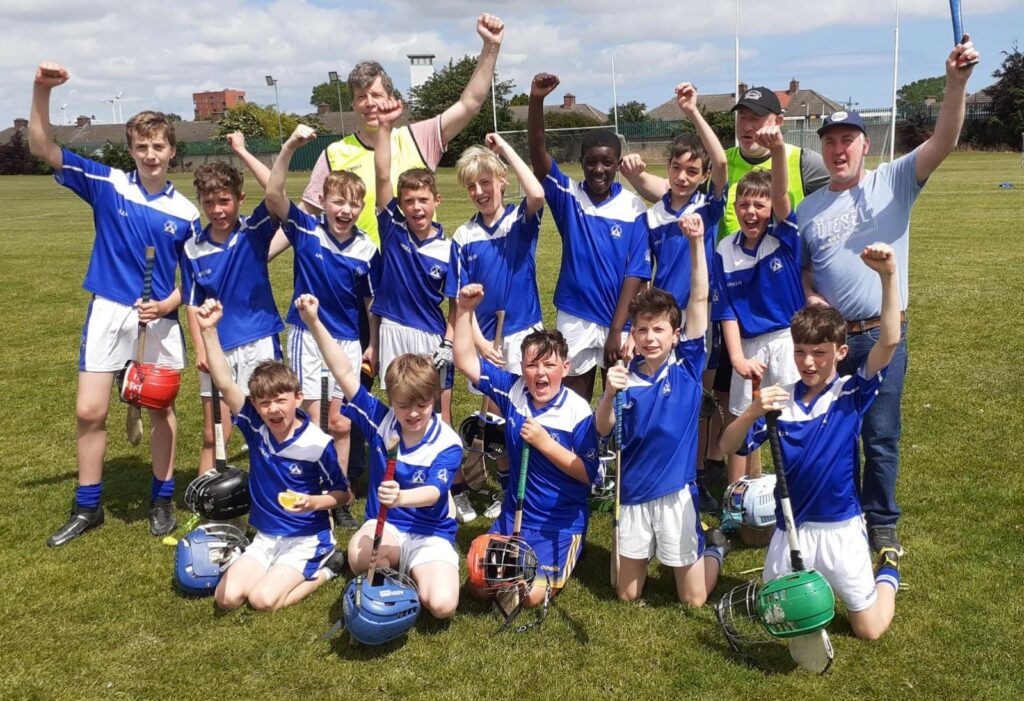 It was a cracking Saturday morning as we welcomed our ABC Nursery sponsors – Donore Credit Union – to Loreto College. Go Games hurling and camogie teams were busy on Saturday. Both the Under 8s and 9s travelled to Bohernabreena to take on St Annes in a 3 team tie and some there was some cracking hurling on display and the travelling supporters were treated to some spectacular high fielding which is a rare skill to see at an under 9 game. Our Under 10s travelled to Cabinteely and our Under 11s travelled to Lusk to play Round Towers.

The older boys were also in action. The Under 12 league campaign commenced with a good start from both the Cusack (Division 4) and Davin squads (Division 10). The Cusack’s overcame St Maurs at home and the Davin’s drew against Lucan away. The Under 13 Division 4 game against O’Tooles was moved to mid week. Our under 14s travelled to Swords to play St Finians to play them in a qualifier game and suffered a narrow defeat 3-12 to 2-12. Our Under 16s had a big win over St Brigids which has nudged them into 3rd place in their Division 4 league.

In camogie our Under 9s was also moved to Tuesday against St Kevin’s Killians away. Our Under 11 camogie squad welcomed Na Gael Óga to Loreto College where we fielded 2 teams. The games were evenly matched which is great to see at this level. More importantly our girls are growing in confidence each week which is resulting in more players lifting the ball and striking from hand and increasing the pace of the game. It was also nice to be contacted by the opposition mentors who commented on the positive atmosphere in Loreto College. Our Under 12 girls beat Setanta away and our Under 15 girls beat Whitehall Colmcille in Dolphin Park.

Our roving reporter was at the Under 13 camogie game on Sunday. The opposition  was Ballyboden Saint Endas and Kevin’s had pretty much a full team. While the girls were as confident as ever, it was difficult to predict what was in store playing Looking at Ballyboden’s results from recent games it was hard to predict what was in store for us. The Dolphin Park pitch was set up narrow and as a result it forced us into a tight close contact game with little open play. We played against the strong breeze, and were marginally ahead at half time but had taken some really nice scores from play and Lucy Doyle picked off some lovely points from tricky positions.  Indeed we were unlucky not to have more scores. Our backs were playing well and midfield and half forwards working very hard to keep the ball upfield. Ballyboden were tough opposition and we knew we needed to be strong immediately after the restart  but with the aid of the wind and some direct play we created quite a few goal chances and also got one or two lucky long range goals. What was very noticeable was every player getting in tight and tracking with hurleys up to block and force errors, resulting in some some lovely intercept blocks also and great scores from frees. Overall the tight pitch will have helped us build confidence in tackling, being braver in challenges, digging out the ball in tussles and being cleverer and playing more direct as space to run and solo was limited. In the end we camped in their half and to be fair to them they defended well and made it very hard for us. Final score Kevin’s 8-7 Ballyboden SE 3-1. Once again great turnout from parents to cheer the girls on and much appreciated by us all coaching as it helps to keep the girls motivated when they are supported like that.

Meadhbh Hicks and Emma Young lined out for the Dublin Intermediate side against Westmeath in the Leinster Championship On the intercounty scene. It wasn’t their day, but it was great to see some of the Kevins girls come out and support Meadhbh and Emma. Check out Dublin Camogie social media. Our adult hurlers had a busy week with Dublin County Board fixing 3 home games for Dolphin Park during the midweek and another set of league games over the week-end. It wasn’t to be for our AHL3 and AHL7 teams, but our AHL10 managed to pick up 2 points from St Jude’s. 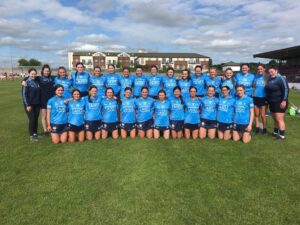 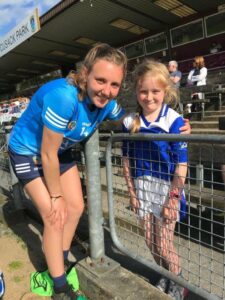 In other sporting news, congrats to our adult rounders players Wayne Cullen and Merilin Neiland who were selected on the Irish Softball team and will be travelling to Slovenia in July to represent Ireland in the European Championships. Also well done to our Club Chairman Vincent Hennessy who was “representing Ireland” and came runners up in an over <insert age> soccer tournament in the Czech Republic. On his travels he also came across another Kevin’s influencer, this time in Ice Hockey. 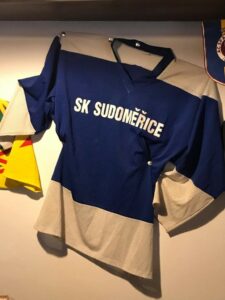 In social and fund raising news, our Annual Golf Classic is also back! Put Friday the 15th July in your diary! This is both a key club fundraiser and a great opportunity to catch up with members (past and present) and friends. Details attached here. Tonight’s jackpot will be €1,500 and will be held in the Lower Deck. You can play online up to 7pm using the secure Clubforce link by clicking here. All funds raised go towards the running of our many club activities.