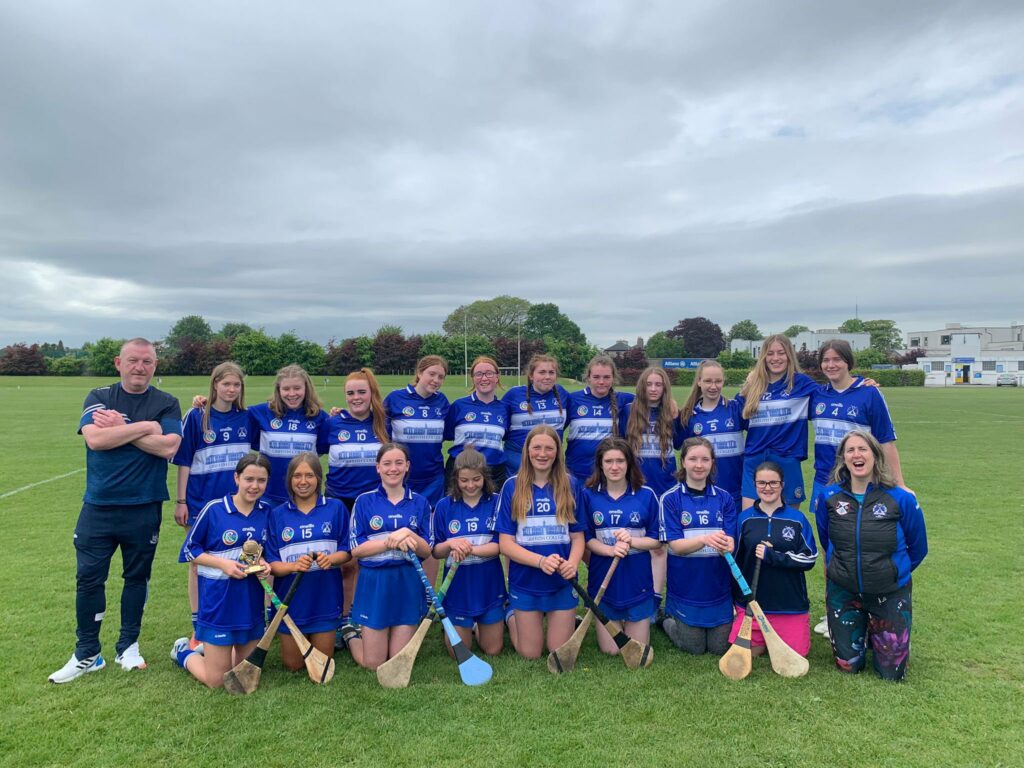 The big news during the week was the Dublin County Board’s Championship draws. Kevin’s will be competiting in Junior A, C and G in 2022. For further details on the groups and who we will be playing you can click here.

The week-end started with some Social Rounders on Friday night. We have good numbers at underage level and are considering entering Under 13 boys and girls Feile which will be held on Saturday 11th June in Clonguish Co. Longford and Under 12 league. New players welcome and can join in on Friday nights. You don’t have to be a hurler or camog.

Saturday morning was ideal for hurling Kevins Heroes and Donore Credit Union ABC Nursery proceeded as usual along with Go Games activities. Our Under 8’s and 9’s hosted St Jude’s and Ranelagh Gaels in Loreto College while our under 10s travelled to play St Kevin’s Killians. Both our Under 11s and 12s travelled to north county Dublin to play Na Dubh Ghall and St Finians Swords and it was the later that would be game of the day. Trailing by 4 points at half time, St Finians then added to their lead and it was wasn’t looking good for the city boys. That was until Kevin’s scored 2 late goals to pip St Finians by 1 point. Our Under 16s put up a good performance, but lost out to Bohernabreena St Columba’s who are an amalgamation side between St Anne’s and our neighbours Crumlin. Our under 11 camogie squad were also in action as they travelled to Tallaght to play Thomas Davis. As the club grows we are always looking for volunteers and it’s not just mentors. We need help with car parking on a Saturday morning and lots of other non hurling activities such as PRO etc. If you can offer some help please contact our Juvenile Chairperson Gabrielle Breatnach.

Our Rounders adult players and underage mentors were up early on Sunday morning to raise funds to support this code for 2022, by volunteering as race assistants for a 5KM race in the Phoenix Park. May thanks to Serena Scott for coordinating and to Gerry Brennan for facilitating. Both our adult hurlers and underage camogie squads were also busy on the field. It wasn’t to be for our adult hurlers, who both narrowly lost to opposition Round Towers and Trinity Gaels. The AHL10s squad travel to St Kevin’s / Killians on Monday night. Togging out for the opposition is former Kevin’s man Tommy Madden who is doing great work promoting the game of hurling up in Kingswood and we wish him all the best in the game. Our Under 9 Ninjas also travelled to Sandyford to play St Olaf’s. A number of these girls had also togged out against St Jude’s and Ranelagh Gaels on Saturday morning and are lots of practice.

However our big news was the Minor camógs who played their last match of the league against fellow table toppers Lucan on a warm sunny day in Dolphin park. The Kevin’s girls arrived early and the squad of 18 looked formidable as they warmed up. Captain and last years player of the year Eimear Byrne and bestie Dara Moynihan went in for the throw and teamed up countless times to deliver long ball into the forwards. Their work rate was massive and their reading of the game fantastic to watch. Cerys Hanlon returned after injury and slotted into her familiar centre back position repelling the Lucan attack, ably assisted by the excellent wing backs Saoirse Birdy Hamilton and Vanessa Halandova. An impenetrable wall of defence! Kevin’s led by a goal within minutes with lethal wing forward Sophie Doyle kicking it into the net with conviction. The other half forwards Savannah Maguire and Mia O Mahony led countless attacks and there is nothing more exciting than watching Savannah on the run, gliding effortlessly towards the goals. Her bestie Olivia Bardoum waiting to pounce at the goals and Katy always in the thick of the action. We led at half time by 2-6 to 1-2. It was still anyone’s game to win and the half time talk from team captain Eimear reminding them Lucan would come out all guns blazing in the 2nd half. Full back Sophie Madden was solid as a rock at full back and her 2 corners backs, most improved player of 2021, speedy Eimear McKenzie and dependable Elena Murphy held firm. Try as they might Lucan could get nothing more past Eimear O Doherty in the goals and her puck outs were hitting the Kevins forwards time and time again. Subs Emma Power, Holly Corrigan, Emma Chambers, Eliza Siegel and Freya all played their part relieving injured players and slotting into various positions when needed. The supporters were treated to an excellent match with the Kevin’s girls clicking together as a unit, backing each other up, passing and looking for the better girl in the better position all the time. The final score was 2-11 to 1-2. Hard work pays off and this bunch of girls deserve to reap their rewards. We await the result of Lucan v Peregrines in the final league match next Sunday. If Lucan win Kevin’s are clear winners and if Peregrines win we will be level in points and may need to play them again in a decider. Either way the Kevin’s girls will be ready!

If you have a match report you can email pro.kevins.dublin@gaa.ie! Mondays jackpot will be €1,300 and will be held in the Harold House. You can play online using the secure Clubforce link by clicking here.