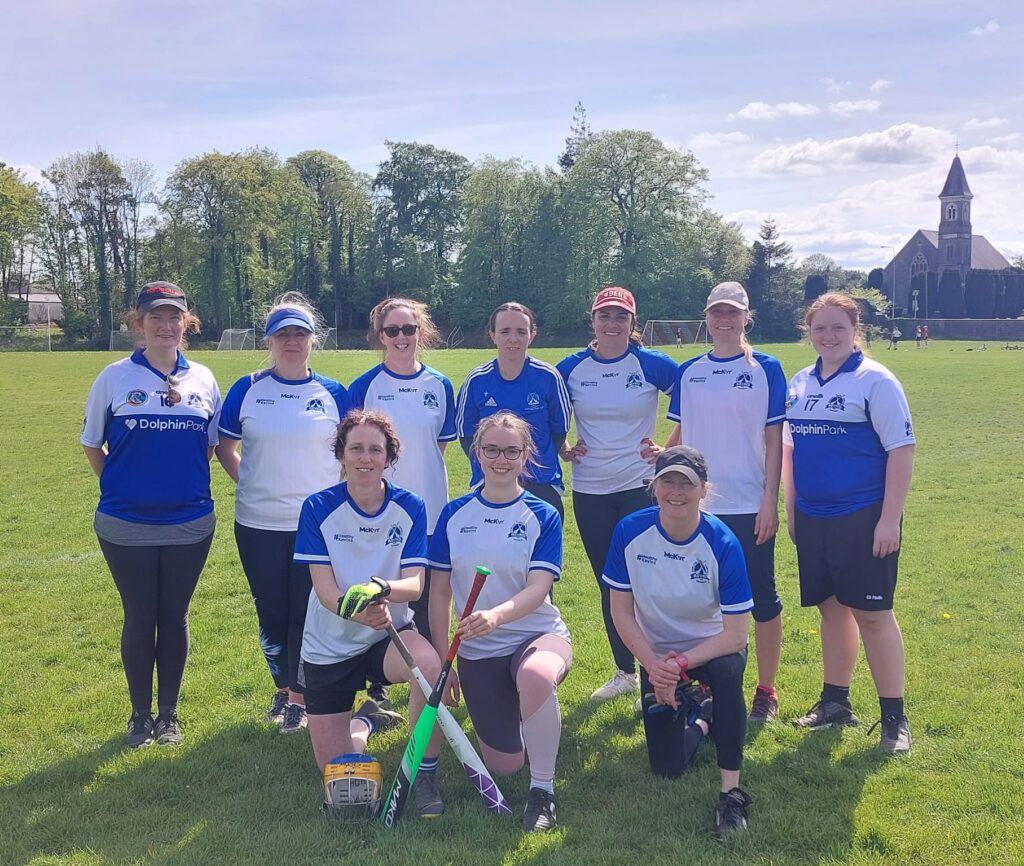 The week started on Monday night with club’s Lotto draw. There was no winner so the lotto jackpot now stands at €1,200 and the draw will take place in the Harold House. You can play online up until 7pm tonight using the secure Clubforce link by clicking here. On the field of play the under 13 girls were in action. The girls made light of their recent regrading up to Division 4 with a keenly contested win at Naomh Peregrine at Clonsilla on Tuesday evening and this was followed up on Thursday night with another good win against local neighbours Good Counsel. a number of these girls also participate in the Friday night Social Rounders sessions which has a slightly different pace, but provides a fun outlet after a hard week of camogie. The schools have also been active with games in Dolphin Park during the week, with the assistance of club GPO Paul McManus who oversaw a tight game between St Catherine’s of Donore Avenue and St Clare’s of Harold’s Cross.

Saturday mornings Kevins Heroes and Donore Credit Union ABC Nursery proceeded as usual and with no Go Games the teams aged between 8 and 12 trained as usual. Mentors and parents for these age groups should check out the upcoming fixtures for Saturday 14 May. Our Under 13 hurlers were in action against Faughs on Saturday. Kevins put in a good performance and the quality of goalkeeping was high on both sides, but Kevin’s lost on a scoreline of 3-7 to 0-07.

The minor camogie squad also had a good win against Naomh Peregrine on Sunday morning on a scoreline of 6-8 to 4-6. This is another squad that are going well in their league as Sunday’s opposition had been sitting top of the table unbeaten. The league tables can be accessed here.

The adult rounders squads got their 2022 campaigns off to a start on Sunday with games in Emo Co. Laois. first up were the Mixed team who came up against a strong Cork side and lost out of a scoreline of 24-20. The Ladies team made their championship debut at 2 pm against Emo. It was Emo who got off to the better start running in 5 against Kevins 4. However, a big hit  in the 2nd innings from player manager Erica Meslin got her to 3rd and got Katie Glynn home. More importantly it settled the nerves and Kevins started to settle. Kevins edged ahead in the 2nd innings by outscoring Emo 3 runs to 1. Serena Scott and Jenny Kearns teamed up well in the bowling and catcher positions, as Kevins started to put the pressure on the more experienced Laois side. As the game went Kevins grew in confidence and then the legendary Shannon Redmond was introduced who added some further camogie steel to the team. Kevins ran out winners and team took full points in front a good crowd on what was a beautiful day for Rounders and now hold the club record of being the only team in the clubs 120 year history never to loose a championship game! Scores by innings were 4-5, 3-1, 6-4, 8-1, 0-1 with runs from Katie Glynn (4), Erica Meslin (3), Jenny Kearns (3), Serena Scott (2), Ollie Barrett (2), Katerina Prazakova (2), Shannon Redmond (1), Noleen Moriarty (1). Our next Mixed Championship game is a Dublin derby versus Na Fianna while the girls play Glynn Barntown of Wexford where our Club President Philomena Crampton hails from. both games will be at home, so it would be nice to see a big crowd out to cheer the squads on.