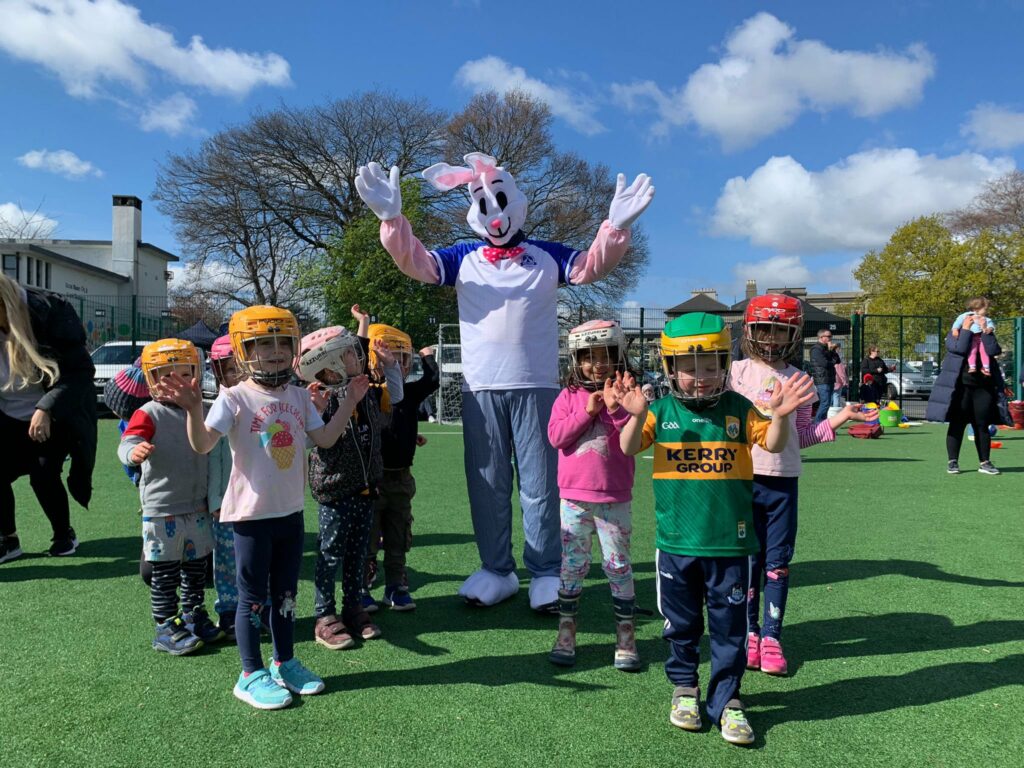 The week-end started early as our Adult Hurling League Division 3 tie against Kilmacud Crokes was moved forward to Wednesday, where we welcomed former senior hurler Dara Mahoney back to Dolphin Park as manager of the opposition side. Well done to the lads who picked up their first league points of the year winning 2-15 to 1-9. This was followed up on Sunday with a win for the Adult Hurling League Division 7 side against Faughs on a scoreline of 2-12 to 1-6. Our Adult Hurling Division 9 South side played local neighbours St James Gaels and despite a gallant performance by our young squad, the Gaels experience showed on the day.

Friday night saw a return of underage social rounders. we held our first session aimed at under 13 boys and girls (and younger) and had a good attendance of 20 on the first night including a few newcomers to the club. Thanks to Michelle, Marcus and Michael for getting this group going again this year. Underage rounders is open to all and not just existing hurlers and camogs. Our adult rounders group also trained on Friday night and then played a friendly against the Dublin Metropolitans on Sunday in the Law Society grounds. Our first adult championship game will be on 8th May when our Ladies team take on Emo (Junior) and our Mixed team take on Cork (Intermediate). Both games are away in Emo Co. Laois.

Saturday was busy once again and we had some unexpected visitors at the Donore Credit Union ABC Nursery and Kevin’s Heroes. The Easter Bunny turned up kitted out in Kevin’s colours and handed out chocolate eggs to all the players who had burned off lots of calories in advance. It was great to see so many happy faces and jerseys from so many counties. A Kerry jersey may seem like a rarity in a hurling club in Dublin’s inner city, but a little known fact is that Michael Creedon was one of the club’s earliest club presidents over 100 years ago and he hailed from Ballylongford in north Kerry. For more on our club history click here.

The was no Go Games activities this week-end as it was a football Saturday so teams between the ages of 8 and 12 trained. Our under 13 hurlers played St Maurs in a thrilling game. Leading 4-3 to 1-1 at half time we were looking comfortable. However, the Rush side came back in the 2nd half scoring 3-1 without reply. With 5 minutes to go Kevins led by a point, but St Maurs had the momentum. A pointed free and a goal pushed us ahead, but St Maurs replied with a goal. A subsequent attack from the Rush boys was scrambled off the line, cleared down the field and Kevins replied with another goal, winning 7-4 to 5-2. Well done to the boys. Apart from the win, their most notable play of the day was their discipline throughout the game. There are 14 grading leagues at under 13 level this year and Kevins are placed in the Division 6 group. They are sitting in 2nd position in the table, with their last grading fixture against Faughs on the 7th May. You can check out their progress here.

Our under 14s had a bye. Unfortunately our under 15 hurlers had been beaten by Whitehall Colmcilles last Tuesday night, knocking them out of the Feile nA nGael tournament. Despite their disappointment on the night this group have shown great promise and we will no doubt see some of these boys play in our senior ranks in the coming years.

Our Easter Camp has proven popular once again with over 125 kids registered for this week in Loreto College.