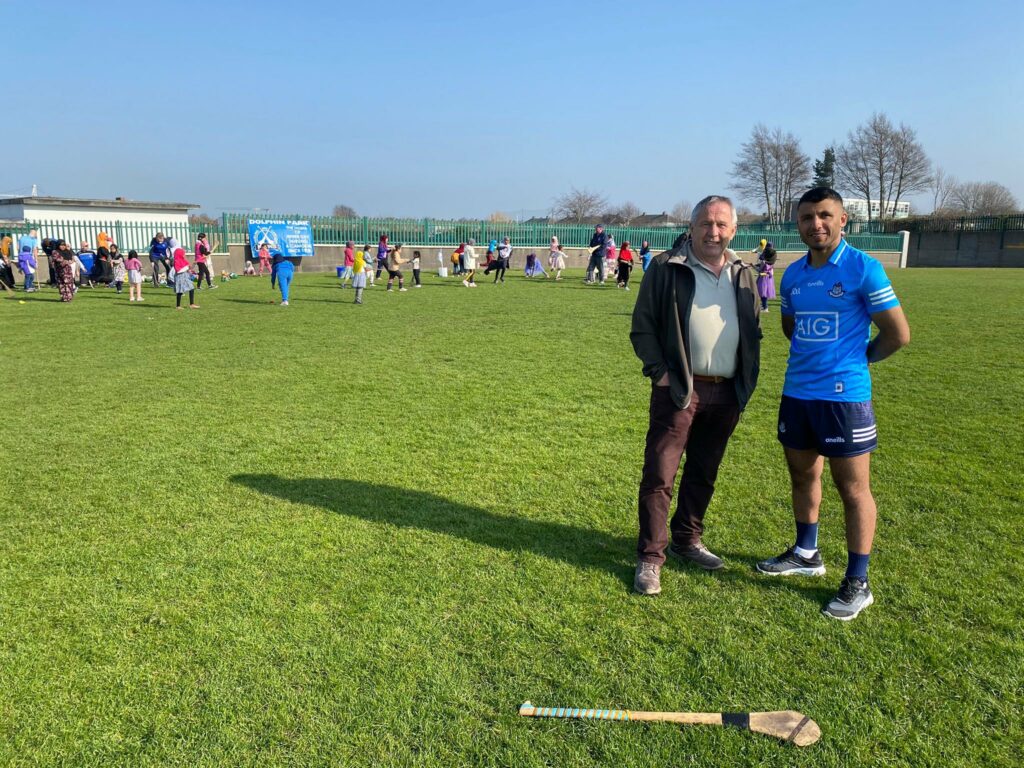 The days are getting longer and the sun has come out! But that’s not the only reason there were so many smiley faces around Dolphin’s Barn on Saturday. Kevins Heroes and Donore Credit Union ABC Nursery returned to Loreto. Our Under 9 girls (The Ninjas) also played their first game of 2022, as they invited Naomh Fionbarra over for a friendly. The Ninjas were in flying form once again, but we are unsure if it was due to the fantastic coaching or numerous cakes that were consumed before the game. Thanks to Pat Groves and Juvenile Chairperson Gabrielle Breathnach who coordinated a very successful Bake Sale in aid of Ukraine, raising €1,200 in just 2 hours. The club will be adding to this total using proceeds from this weeks Lotto. The club lotto Jackpot will be €2,200  this Monday and you can play online using the secure Clubforce link by clicking here.

Our Under 13 hurlers played Ballyboden Saint Endas and had a good win. It was probably their best performance to date this season with 6 different players scoring. Padraig Barrett displayed some outstanding man-marking on Ballyboden’s key attacking threat, while Richard McCann set up some great attacks from centre back. Sean Cregan and Conor Byrne scored 3 goals between them from the full-forward line and created general havoc by setting up others for scores throughout.  Our adult camogie squad travelled to Naas for the Leinster League clash and despite being missing Meadhbh and Emma (our 2  inter county players who playing against Cavan) came away with the win.

We also welcomed Abood Al Jumaili (AKA Bonnar) and the local Muslim community from the Dublin Mosque on the South Circular Road to Loreto. Working with Dublin GAA and St James Gaels we hosted the first ever Dublin GAA Diversity & Inclusion Roadshow and had ~100 children and their parents for a very enjoyable afternoon. All the kids got to try hurling, football and rounders and we hope to see them all back over the coming weeks. Check out our Instagram post by clicking on this link for pictures from Saturday. We have also posted some pictures on LinkedIn.

Our adult hurlers have eventually got up and running and it was the first Sunday where all three teams fulfilled their fixtures as arranged by the Dublin County Board.  Unfortunately the AHL3 side came up against a strong St Olaf’s in Sandyford and both our AHL7 and AHL9s lost to Round Towers of Lusk and Commercial at home in their first games of the season. Our underage performed well with our Under 15 hurlers and Minor camogs delivering good wins in their Feile and league fixtures. It was the first official fixture for the Minor girls, as previous games had been moved due to poor weather conditions. However, they have got off to a great start with a strong performance against Craobh Chiarain. This squad is one to watch for the season. 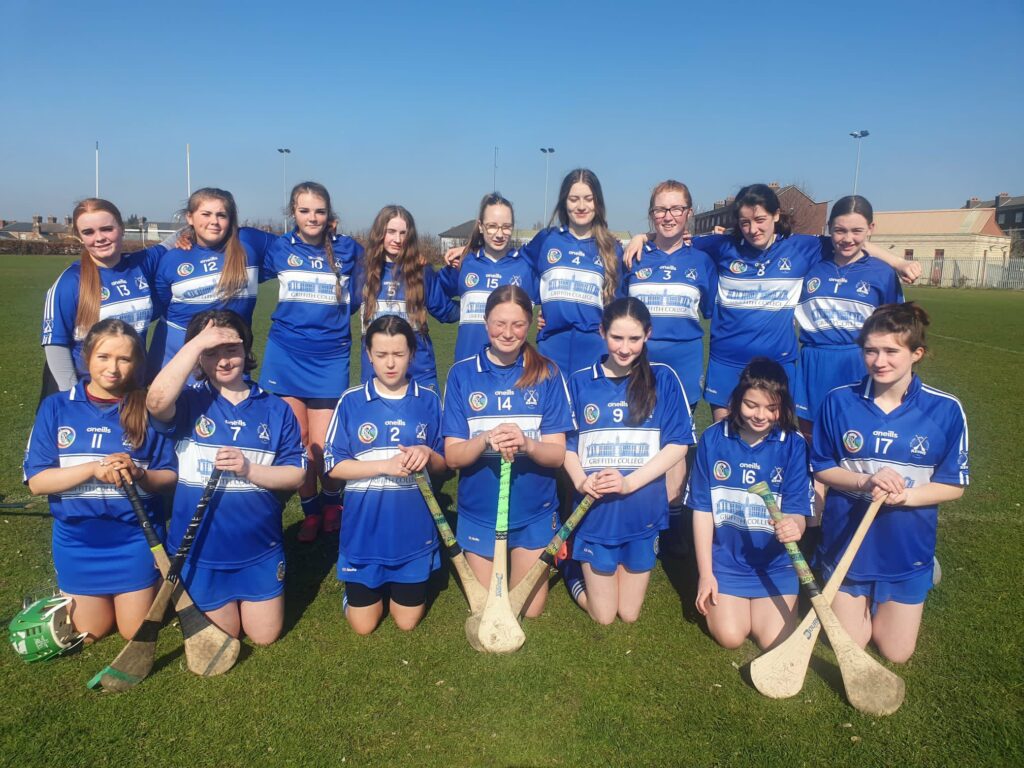 Pictured below are the Under 15s who have one more game left in their group against Whitehall Colmcille. 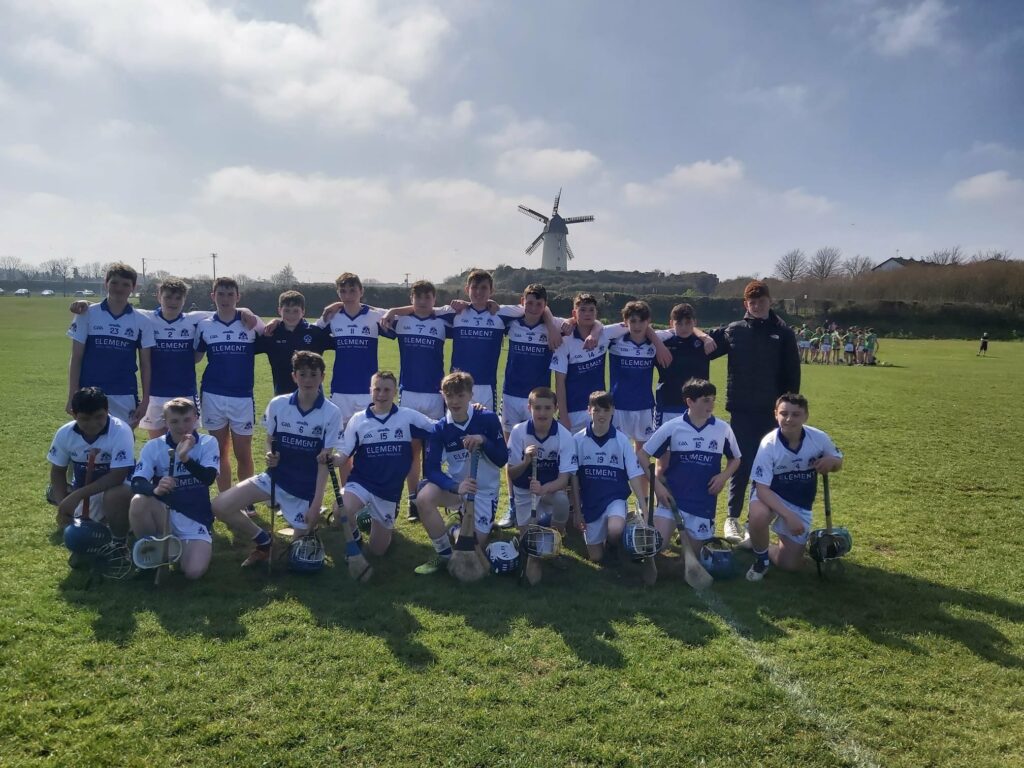 Under 15 Hurlers Who Beat Skerries Harps

Also many thanks to Child Protection Officer Karen Joran who kicked off the weekend by organising a Child Safeguarding course in St Catherine’s School in Donore Avenue. A full house of new and returning coaches was reported. Thanks also to Niall Cooper for Dublin GAA who delivered the course.