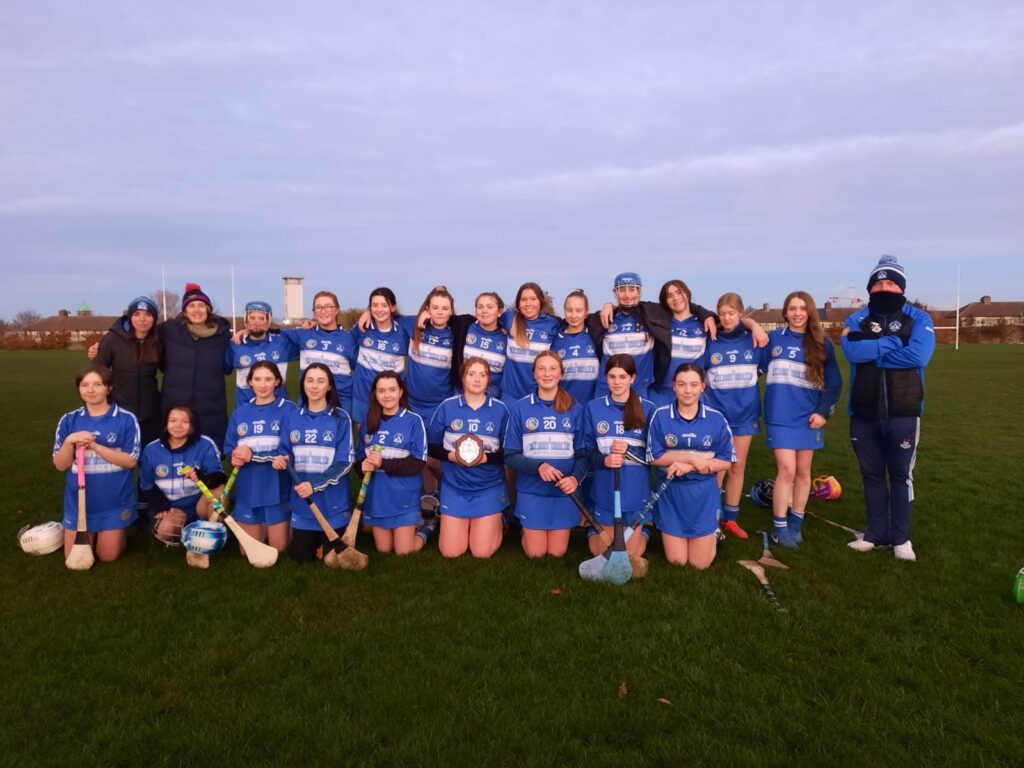 It was a bitter cold Sunday morning, as our under 20 girls warmed up in the company of the Brent Geese for their championship semi-final against Clontarf. Captained by Meadhbh Hicks, the teams work rate throughout was phenomenal. Charlie Butler marshalled the goal line and ensured the back line remained calm throughout, resulting in a clean despite the relentless pressure from regular Clontarf attacks. Kevin’s Irish & Cultural Officer Orla Jacobs played a pivotal role at centre back, inspiring the rest of the team when she she broke through the oppositions defence and picked off her own point. Kevin’s finished with a dominant performance and the final scoreline was 7-9 to 0-4. We await the results of the other semi-final to find out who the final opposition will be and also confirmation on a date and time from the Dublin County Board.

On Sunday afternoon the Under 16 camogie squad hosted Lucan Sarsfields in the Under 16 Shield final. This group of girls have been together since under 10 and our games against Lucan have always been close. We only beat them by a single point in our championship tie earlier this year. Despite the cold weather, our Captain Fantastic Eimear Byrne was on fire, as both herself and Dara Moynihan commanded midfield. Our two generals were backed up by a solid defence made up of Eimear McKenzie, Vanessa Halandova, Saoirse Birdy and Holly Corrigan, with Cerys Hanlon acting as the fulcrum in centre back, making it nearly impossible for the Lucan girls to score. Eimear O’Doherty also played a key role between the sticks, with some crucial saves and smart puc outs. Elena Murphy who started her career with the hurlers and Alex O’Reilly were dangerous in attack throughout, but switching Savanah Maguire into full-forward proved to be a master stroke, as she rattled the net twice putting the Kevin’s girls too far ahead and ending the game on a score line of 3-6 to 0-1. While Cerys received an honourable mention of being a “class” player from the referee, woman of the day went to Eimear Byrne.