The Week-End Round Up 119 Years On 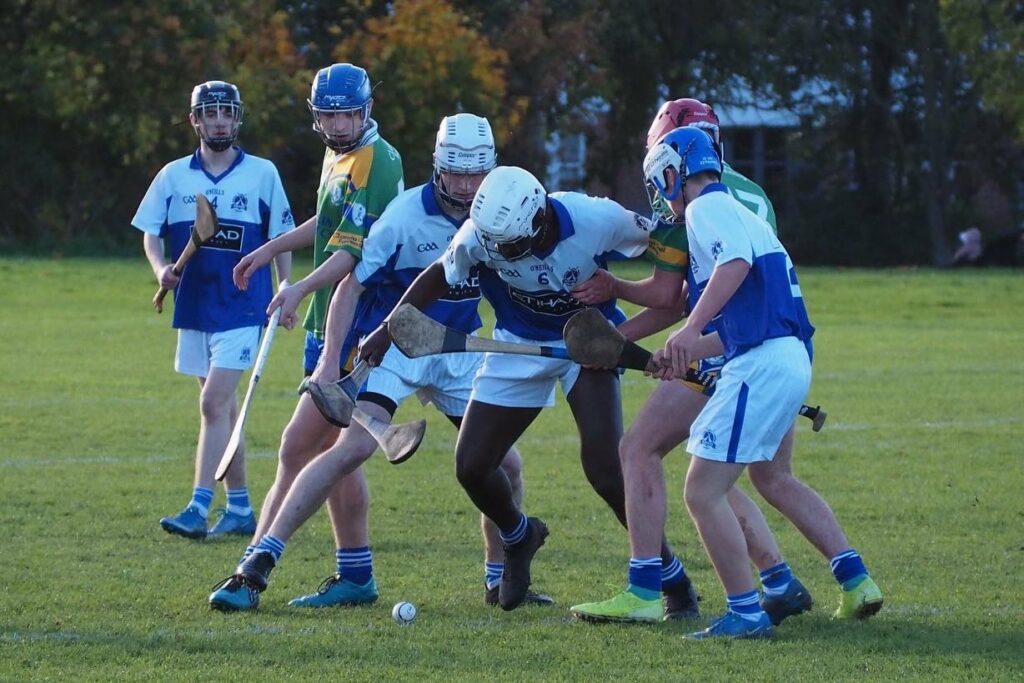 It’s nearly 119 years to the day that Kevin’s stepped out onto the field of play in the Polo Grounds. The club looks a lot different now to what it was back then, but the ideals and culture remain constant. Our founding members would be proud not only to see the club still in existence, but thriving. This was clearly evident on Saturday morning with the Kevin’s Heroes and Donore Credit Union ABC Nursery in full flight. Most teams were training, however, some had games. The under 10 camógs were playing in a challenge game while the under 11 hurling squad hosted 70+ hurlers in Dolphin Park. The under 12 camógs hosted Maynooth in the inaugural Sarah Carty Cup. There was a big contingent of Kevin’s diaspora at the game including the Carty family who presented awards to both teams. Thanks to all Kevin’s supporters who came out to help with refreshments and making it a great day to remember for both the kids and Sarah’s family. Thanks also to Eoghan Redmond for the photos. You can check out Instagram by clicking here. Patricia Halton (AKA Pats Hats) had a busy day selling her Kevin’s hats and even had to hire a personal chauffeur to meet the demand. 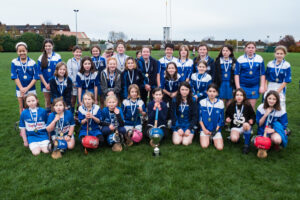 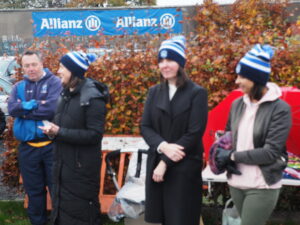 Our minor camogie team were defeated in their first championship game of the season, but the big game of the week-end was the Minor Hurling D Championship final. An interesting fact is that we have been fielding minor hurling teams since 1903. Back then Griffith College was the Wellington British Army Barracks and a hostile place for hurlers. This week it was lit up in blue and a Kevin’s flag flew from the school in support of Kevin’s, which created a great buzz in the area. From this particular group a significant number of players had hailed from St Clares in Harold’s Cross and Griffith Barracks MDS. Our minor hurlers were competing in their first minor championship final since 2010. Our last success at this level was in 1956 when they won the “A” championship in a time when there only was one competition.

Fixed for Ringsend, Clan na Gael had home advantage. But Kevin’s had previously beaten opponents Clan by a narrow margin, so we knew this one would be close. Pat’s Hats had clearly been busy on Saturday, as the Kevin’s bobble heads outnumbered the home support.

Kevin’s were behind 0-6 to 0-2 coming in to half time and the gap had widened in the second half 1-9 to 1-2. It was looking good, until a late comeback was sprung. With a minute to go Kevin’s had pulled Clan na Gael back to 2 points and were finishing very strongly. Unfortunately they ran out of time and we must wait another year to win that illustrious minor title. Final score was 1-12 to 2-7. Many thanks to the big travelling support and to Donore Credit Union and Griffith College and the Business Deport in Harold’s Cross for their support leading up to the big day. Donore Credit Union sponsored additional flags, bunting and signage, printed by the Business Deport and Griffith College was lit up in blue creating a buzz in the area and on social media. Thanks once again to Eoghan Redmond for the photos. You can check out photos on Instagram by clicking here. The game was recorded and can be accessed on our You Tube channel by clicking here.