Bank Holiday Week-End Round Up 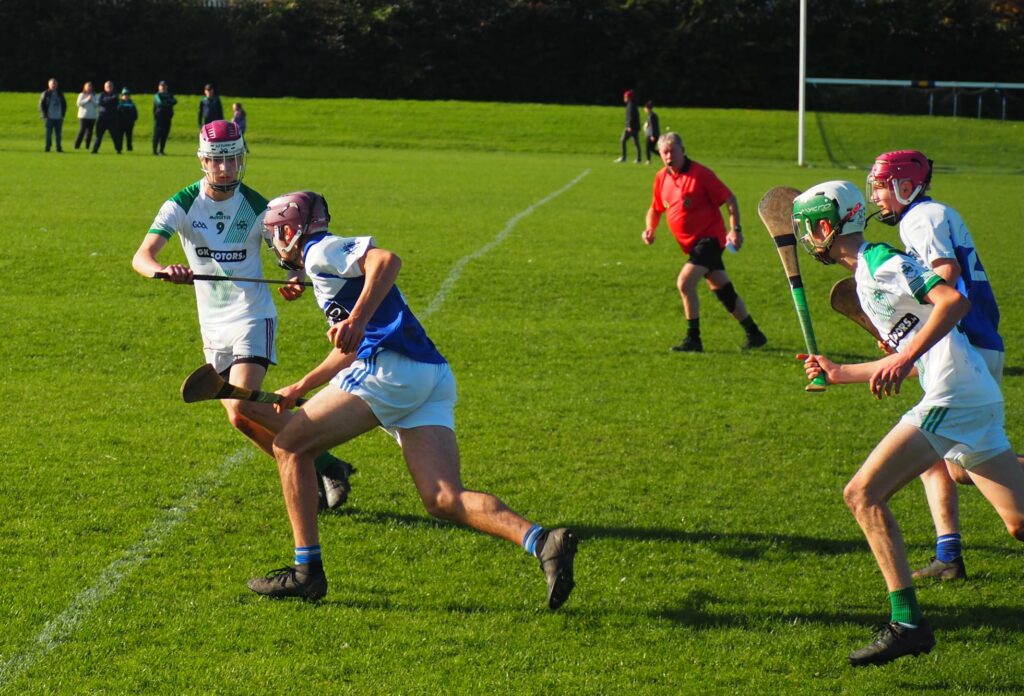 It was a Bank Holiday week-end and there wasn’t a lot of county board fixtures arranged. With Covid-19 restrictions easing a lot of people were keen to make the most of the long week-end. However, there was still hurling and camogie scheduled for those who were around.

The Kevin’s Heroes and Donore Credit Union ABC Nursery went ahead as normal on Saturday morning. As the under 7’s are preparing to enter into Go Games next season they joined forces with the under 8’s and played a mini blitz. Our GPO Paul McManus joined in with the mentors to run this event and a great morning was had in Loreto College.

The under 11s and 12s also combined and payed a visit to Na Fianna where they participated in the Dermot McNulty Memorial Tournament, winning 2 and loosing 2 games. Another wonderful experience for this up and coming group who were playing teams in a higher grade.

With the under 20 camogie championship postponed on Sunday, the minor hurlers were the only club team to take to the field to play. Their opposition was O’Dwyers and it was the quarter finals of their championship. Kevin’s had home advantage, but it didn’t feel that way in the first 10 minutes as the Balbriggan men put us under a lot of pressure. However, 2 goals from Luke Ahern settled us and as the game progressed Dan O’Loughlin and Padraig O’Mahony impressed with the later scoring 10 points. Julian Hauxwell  was rock solid at full back and Aodan McGrath also played well between the posts. In the end Kevin’s won out by 2-17 to 1-7.

In other news the Annual General Meeting has been set for Wednesday 24th November. The format and location is to be agreed, but we would ask all members to make effort to attend.