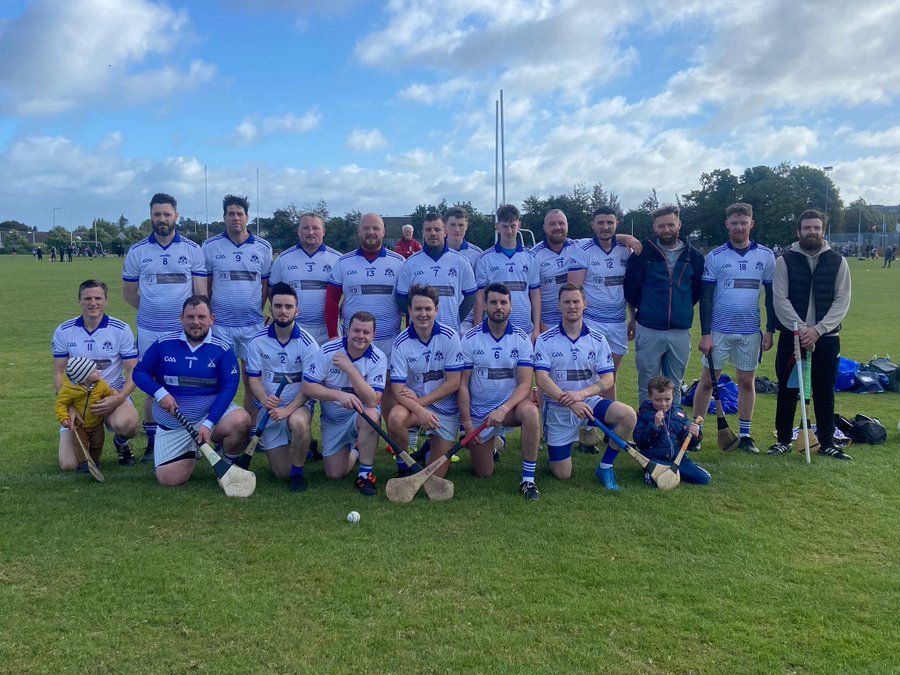 It was a busy week-end for the club commencing with some underage rounders on Friday night. The Kevin’s Heroes kicked of Saturday’s activities in Loreto College followed shortly by the Donore Credit Union ABC Nursery.

In hurling the under 8’s travelled to Thomastown Road to play Cuala at 9.45 am, where they played nine cracking games of hurling in a three team tie. The under 9’s hosted Commercials in Dolphin Park and delivered a strong performance, while the under 12’s who were recently moved up a number of divisions remain unbeaten in their new league, after beating Clontarf at home. The under 10’s and 11’s paid a visit to St Anne’s and Castleknock and played out some close games.

The under 16’s won their second championship group game in the B championship. A very close game throughout with some excellent fielding from Joe McGrath. A goal from a penalty gave us a three point cushion leading into the dying minutes, but then Raheny scored a goal from a free making it all square. However, Tom Crampton grabbed the last score of the game with a point from a free ending the game 3-14 to 1-19. Winning two games of of three would send most teams through to the next stage, but Fingallian’s beat O’Tooles creating a three way tie and amazingly all teams are on the same score difference. We await a Dublin County Board meeting on Tuesday to hear of our fate.

The adult championship involved two ties against St Olaf’s and a trip to Ballyboden Saint Enda’s. The Intermediates came up short against the Sandyford side on Saturday night and the Junior C’s led by captain Brendan Lynch narrowly won their game. This puts them through to the quarter final. The recently formed Junior G’s played out a good game against Ballyboden and came away with some good experience.

The camogie schedule was also busy. Unfortunately the under 10 game against Ranelagh Gaels was postponed due to a Communion in Ranelagh, but the under 12’s travelled to Tyrellstown where they put in a strong performance. Our under 14’s lost to O’Tooles by one point in what was a very entertaining game. However, they go through to the semi-final stages of the championship as second placed in their group. The under 16’s had a big win against Craobh Chiarain and the Intermediate squad won their second championship tie. Unfortunately it wasn’t enough to make the next stage of the championship. However, the big performance of the week-end must go to the under 8 camogie squad who travelled to St Olaf’s in Sandyford, where they played an outstanding game. This group have been training with the hurlers since nursery level and many of the girls still play with the boys in the Hurling Go Games. To date they have played top clubs such as Cuala and Faughs and have been matching them all the way. On Sunday morning last they provided a master class in defending and reading the game. Much to the the dismay of the opposition teams, their silky skills up front were just as good. Some people have commented that they are benefiting from playing with the boys, but there is a strong probability that the hurlers are also benefiting from training with these camogie ninjas! They are definitely a team to watch for the future!