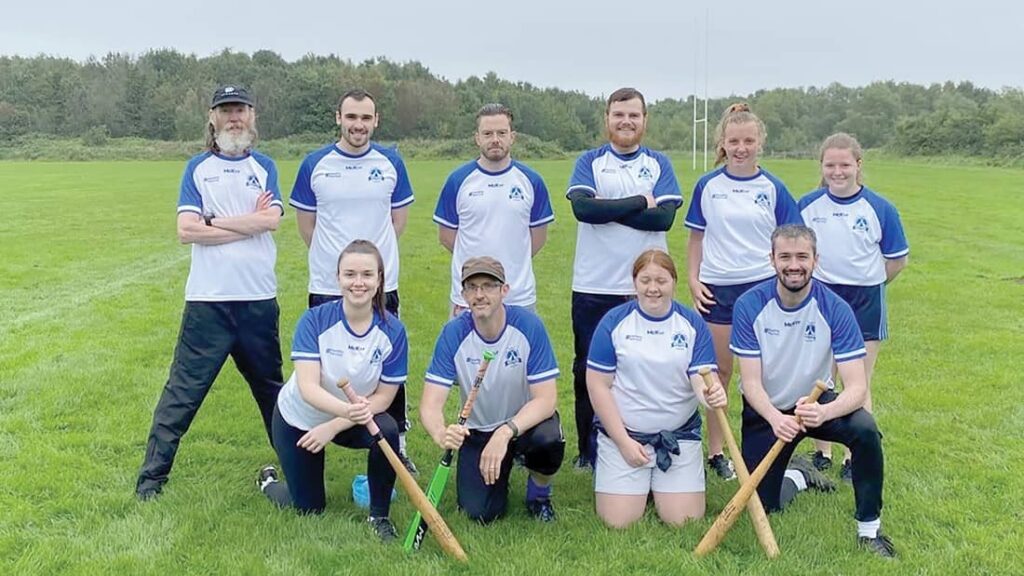 Well done to the “Batty Bunch” who ended their championship season with a historic win against Ballinagore yesterday. We needed to win with an average run rate of 11 runs per innings and keep Balllinagores runs down to go through to the semi-finals. Plan B was to win the game. We got off to a shaky start loosing the toss and then getting caught out for 1 run care off our Californian batter Erica Meslin in the first innings. However, Rob “The Bullet” Farrelly was in good form again with his pitching. This time he decided to add some ninja moves to his game and caught the first batter who had returned the ball full force to his left. As the shell shocked batter returned to the bench still looking back to check if Rob really did catch that ball, she was consoled by the Ballinagore sideline… “if you’re gonna go, that’s the way to go”.

We showed up better in the 2nd innings and despite Ballinagore’s outfielders mopping up our big hits we gained 8 runs and kept the Westmeath outfit to 4. Jack Shallow was in top form outfield once again and Ballingore struggled with Joe Gallagher’s tricky short batting. We added another 6 in the third innings and kept them to 3. The big highlight of the 2nd and 3rd innings was Joe Gallagher’s double run as he snuck around the bases. Debutant Nereida Domenech (the first ever Spanish native to play for the club in our 118 year history) replaced Noelle Cooper (another debutant) and got herself on the score board. Ballinagore had the measure of Aidan Lynskey’s big hits, but while they caught him out for the 2nd time, his strike managed to get Joe, Erica and Nereida home (see video) to end our batting in the 3rd. We were looking good for our first win, but it was clear at this stage that we weren’t going to increase our average run rate by a big margin. Speed merchant Wayne Cullen was brought in to make his club debut, but the Westmeath fielders were in absolutely brilliant form for the the last 2 innings and the Roscommon Rocket didn’t get a chance to launch. Ballinagore bowled us out for 1 run in the 3rd innings and grabbed 4 of their own.

It was now 16-11 going into the 5th innings and we were 1st to bat. Disaster struck when they caught 3 of our batters out. On 1 occasion their left outfield caught a ball over his head and behind his back in what appeared to be an impossible catch. Now it was all down to how good we could field, but we held our nerve and held them to 1 run, winning our 1st ever competitive game. Unfortunately for Ballingore we also reduced their average run rate and knocked them out, putting Na Fianna through to the semi-finals today in Longford. I woke this morning to hear there was a Yellow Weather Warning for the Midlands…. that’ll teach them Northsiders for being the only team to beat us this year

Results per the 5 Innings: 1-2, 9-4, 15-7, 16-11, 16-12. Runs scored by Fergal Kelly (3), Erica Meslin (3), Joe Gallagher (3), Rob Farrelly (2), Katie Glynn (2), Jack Shallow (1), Aidan Lynskey (1) and Nereida Domenech (1). We had a quick chat over a socially distant coffee after the game and decided that we will try continue with Social Rounders on a Sunday afternoon (weather permitting) and if lock down is lifted we will arrange some freindlies. New comers are very welcome.